For many decades Spanish silver coins had been leaving the country due to their weight and purity being higher than those of other governments. The coins of Spain and her colonies were a known entity and not only accepted, but preferred by merchants in Asia, the Americas, and elsewhere. While Spain enjoyed the continuous import of silver from her colonies in the Americas this was not so great a concern. However, as Spain began losing her colonies to revolution in the period 1810 to 1825, the accompanying loss of silver imports from those colonies put Spain’s economy in jeopardy. The need to address the continuous export of Spanish silver would soon become painfully clear.

French invasions, Carlist Wars, riots, and political infighting made Isabel II's Spain an uncertain and chaotic place. The country was deeply in debt and saw little hope of escape until Ramón de Santillán and Alejandro Mon y Menéndez implemented the tax reform of 1845. Not everyone favored the reform, but it filled the royal coffers so it was embraced by the government. The government encouraged both domestic and foreign investment in the infrastructure and production capacity of Spain. With the launch of a major water project and several railroad projects it appeared Spain's fortunes were improving. However, even as the economy heated up, Spanish commerce found itself in trouble. There was a shortage of coinage, especially silver coinage. Banks seldom had a large supply of paper currency relative to the supply of silver and gold coins on hand so most business was conducted in coin. Spain had relatively little silver and gold with which to produce coins. To make matters worse, enterprising people would often export large amounts of Spanish silver coins to take advantage of favorable bullion exchange rates. Those coins that escaped the melting pots were heavily used in every day commerce. It is very difficult to find fully original uncirculated examples of the larger silver coins of Isabel II. Even eye appealing examples in circulated grades are quite scarce.

The Spanish government attempted to address some of these problems through several monetary reforms. Thus, the numismatic history of Spain during the reign of Isabel II is divided into periods associated with each of these reforms. These are referred to as the Kingdom period, 1st Decimal period, 2nd Decimal period, and 3rd Decimal period. In addition to the primary Spanish coinage there were also issues unique to Cataluña and the Spanish Philippines. This collection also presents the one commemorative issue associated with Isabel's reign and a few of the many medals adorned with her image.

Spain was in a state of transformation throughout the 19th century. The Spanish empire once encompassed much of the known world including most of North and South America, the Philippines, and portions of Africa. By the 1820's much of that empire had been sold or lost to revolutions. France invaded and controlled Spain for a time before the Spanish pushed them out. Wars and poor fiscal policy placed Spain in a dire economic position. The people of Spain struggled with their own political factions and other European powers to establish Spain's new destiny. It was into this turbulent period of history that Queen Isabel II was born. The study of coins of her reign is a wondrous adventure through history, heraldry, economics, politics, intrigues, and stories seemingly beyond belief.

This site is devoted to exploration of the numismatic history of the reign of Queen Isabel II (1833-1868) through coins and medals of the Aurora collection. I hope you find it enjoyable and that it may serve to inspire your own numismatic adventures. 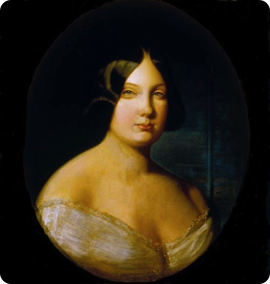